It's been quite a while since I posted....I realize it's no excuse, but I've been busy as a honey bee, movin', shakin', and trottin'.
My last entry took place in France, and that was before I went back to London for a gig, then met up with my girl Nora in Spain, then met up with my other girl Emily in Germany, then we went to Hungary, Czech Republic, back to Germany, and on to the Netherlands.  (I got back to the states and collapsed.)
November and December seemed to fly by as holiday seasons tend to do.  I made it to L.A. to visit with my fiance, Michael, and his family (yes, that's right....we engaged each other) then to Indiana to visit with my family, and up to Chicago with my parents.
In January, Michael and I lived in the cabin on the Sovereign (his Dad's land in NorCal.)  I spent the month playing guitar and swimming every other day.  Good times, and beautiful.

Then began the TOUR:   In February, Michael and I went BACK to NYC so he could teach some swimming, and so I could play some shows!  To kick off my cross-country tour, I performed my first solo acoustic show at Pete's Candy Store in Brooklyn.  (Thanks you friends for coming and clapping ;)
I played my second solo acoustic show a few days later at Piano's.  Woo hoo! Gettin' the hang of it now.  The next location on the tour was Missouri, but I got strep throat, and couldn't get out of bed;( 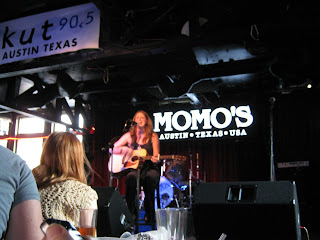 The third stop on the tour was MUCH better, and so was I.  I had never been to Austin, so it was a treat to just hang out there, let alone play a show.  I got to see my friends from college, Chris Guerin and Molly Wallace!
The fourth stop, was Eaton, Ohio at Taffy's.  Fantastic spot, and my huge awesome family came out for the show.  I'm a coastal gal, so who knew I'd have such support in the midwest. Go Brauns!
I finally made it back to California, found an apartment in Chico, moved in, and set up my studio in the walk-in closet.  I'll be here for the next 5 months, before getting back on the road.
And that was my life for the last 5 months.  I'll try to keep it shorter and fewer between on the next go-round.
Much Love,
Jess
Posted by Jess Braun at 12:16 AM No comments: