For the Music Success blogging challenge this week, Ariel asks us what was the last clever thing we’ve done to network live? I can’t say any particular thing I’ve done has been all that clever, but I do get out a LOT. For a long time, the word “networking” scared the hell out of me. I can’t do that! That sounds awful! After reading books like MSi9w, and the Indie Band Survival Guide, I’ve learned to look at the word differently. You don’t have to give a hard sell.  Networking is just about hanging out with people.

I live in New York City, so there are endless ways to connect with people -- Endless events to attend every single night. Although, I think my most successful networking opportunities have been small gatherings, like a friend’s dinner party. I’m better with small groups, where everyone has a chance to talk and intermingle. It seems like everyone in New York knows a million other people, and it never hurts to tell people what you do. I always follow up with Facebook, no business cards necessary (although I always carry them just in case). I also like to go to events in the city for writers and designers. Not only are most of these folks smart and engaging, but they’re also interested to talk to someone who is outside of their focused scene, but still in the art world (like me!). AND anyone who is successful in the New York city writing and design world has to be a good networker, so they usually know a ton of people.

Like many performers, when I’m not onstage, I’m very reserved. Don't get me wrong, I love socializing, but I’m not the best ice-breaker. I usually roll to a party/event/show with a friend or two. It usually makes for a lively, more social evening when I’m already having a good time with people I know.  And I have an arsenal of extremely cultured and attractive women on my side, which never hurts. Rolling up solo is a different story: When I walk into an event where I know nobody, I can be SUCH a creepy lerker. I’ve found that when I’m feeling super creepy and awkward, I get in line. Literally, I walk to the nearest line and stand in it. For some reason, I feel much better striking up a conversation with a stranger if there’s some purpose for me standing there making conversation. Whether it’s a line for a wristband, bathroom, merchandise, face-painting, whatever, I’ve noticed people like to talk in lines, and why not? They’re passing time. Oh, and a little alcohol usually helps, too :)

Reading books like MSi9w has made me realize how important it is to follow up with people. Everyone is so busy, and even if they offer at a party or event to listen to your stuff, it doesn’t mean they’ll remember to do that, or even remember who you are -- I’ve learned to keep a pen on me always, and to always ask for contact info instead of give it. Jotting down notes after a conversation certainly helps too. Especially if you’ve had a couple adult beverages.

Anyway, I'm sending my album Waveside to the duplicator this week and getting super excited for the release.

My biggest challenge right now at this stage in my career is getting new listeners.  I do have some very dedicated friends, who are the best supporters ever -- As I look at my mailing list, I personally know almost everyone on it, which is a great thing.  BUT, at the same time, I need to get the word out.

In last week's newsletter, I asked everyone to forward my email to a friend who might enjoy my music.  In return for the contact, they would get a free download off the new album.  I'm not sure it was the most effective Call to Action because I only have a couple new sign-ups.  Will have to get back to the drawing board on that one.  I did, however, get a lot of positive feedback on the tune.

Another idea I had to snag new 'listers is to perform cover songs and post them on the major video sites, and offer them as free downloads on my website.  Maybe if someone is searching Nirvana's "Come As You Are" on youtube, or Nina Simone's "Feeling Good" on Vimeo, they'll find my covers in the search results, enjoy them, and then go to my website to download the tune.  OR, better yet, and far more likely, a friend or family member on my mailing list will recommend it to someone else who is not on the list....and so on, and so on....  That is the hope anyway.

I really like the idea (mentioned in MSiNW) of a raffle at a live show.  This got me thinking that at my album release 9/23 at Cameo, I'd like to raffle a copy of the album.  AND, I'm planning on personally sending everyone who  leaves me their email address, a download link for the live album (which will be recorded at the show).

I'm not quite ready to offer any email list "shoutouts" for similar artists, but it's a good idea, and will pursue that when I have more of a following.  In the meanwhile, I'll be on the hunt for more contacts, more listeners, to add to the awesome ones I already have. 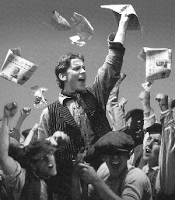 This week's challenge in MSi9W is all about sending out regular  correspondence to the people on my mailing list.  Since my solo project began, I've sent out a couple of updates using gmail (BCCing my mailing list of course!)  I'm hesitant to bombard people with emails because, frankly, I know how much content of a newsletter I read.  Skim, skim, skim. I have noticed, however, that the day after I send out an email update, I get the most hits on my website.  This heartens me!  People DO actually read it, and some even click through to the website.  That said, I don't want to abuse my 'listers.

For this challenge, I decided to rev up my email format.  Not that I don't love my Gmail, but it doesn't support HTML (at least I don't think it does).  So I signed up for free with mailchimp, imported my contacts, and started on my template.  It took quite a bit of time to format the newsletter precisely how I wanted it, but now it's there for when I need it the next time.  And it's purple!  One good thing about using mailchimp is that the email still comes from "Jess Braun", so hopefully people won't think it's spam.  I didn't add a survey this time, but will the next time when I build my list more.  You can see the newsletter HERE.

And now an update from challenges-past:
A couple weeks ago, I signed up on Music Alley, and posted "Sometimes", the first track on my new album Waveside, for safe podcast.  It got picked up by two podcasts this week, Indie Music Sampler and Radio Orphans and they had some very nice things to say about the track!  I'm very grateful.

Also, I recorded another cover song (video above) and the mp3 is available for free download on my homepage (if you enter your email address).  In fact, I also placed it in the blog, directly to the left of this post.  The widget seems to only work with certain browsers, which is a shame, but I still like the fact that you don't have to click through any pages to get to the song -- it never takes you away from my website.


To wrap up, I think my online presence is progressing  well.  I can't wait to get my album up and out there, but I have faith that these challenges are setting the right stage for the release.


So many bloggers!  Wow, the human race certainly has a lot to communicate.  This week, the challenge is about blogging - finding the ones you'd like to regularly read and respond to, and where you'd eventually like to be reviewed.

I've had the Google Reader for a while, which I had assumed left my "calling card" to the blogs I follow.  The whole Google Friend Connect thing was news to me.  But now I've joined that too, so hopefully the people I follow will now know that I follow them.  In addition to the Google reader, I created a yahoo mybloglog account and profile. Within the first 10 minutes I had 5 contact requests -- not totally sure what that means yet, but I think it's good.

I also joined and perused Hypem.com and commented on and subscribed to some blogs who write about the current artists that I admire. These sites turned me onto some very interesting new-to-me bands and some covers of songs by artists I like (think Robert Palmer's Addicted to Love covered by Florence and the Machine). I also finally figured out how to link Google reader to my Blogger account so that my blog site now lists the ones I follow.  Very cool! 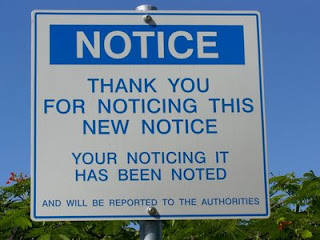 Also in MSiNW Chapter 5, Ariel talks about the blogging culture, and how you can't just pitch yourself to someone without engaging first.  I totally agree, and wanted to add that I think it's important to stress the follow-up thank-you when a blogger writes about you. I've only been reviewed so far for my work with Dead Copycats (Remember - the solo album will be released next month!!!) but I made sure to send thank you emails to our reviewers and without fail I've received a follow-up note of appreciation. I don't know if they'll review my solo work, but at least I can say I've got manners ;) {Guess I can't escape my southern roots no matter how long I spend in New York.)

I really enjoyed this challenge because it was all about researching the very music I'm interested in, and finding out what people have to say about it.  This assignment didn't seem at all like "homework" (I have to admit, the techie widgety stuff last week did drive me a little crazy).  I think it's important, not only to engage with people who can help you and who you can help, but also to continue your own musical education simply by exposing yourself to new artists and reading what people say about them.